I’ve been remiss in posting a review for a while, so I thought I’d recognize an author I met through networking, Rick DeStefanis, and his novel THE GOMORRAH PRINCIPLE. Rick is a former 82nd Airborne paratrooper and sniper who assisted with training of Vietnamese personnel. His novel was a Readers’ Favorite Silver Medal Winner in the military thriller category.

If you’ve ever enjoyed a Bob Lee Swagger novel by Stephen Hunter, this novel is right up there, with a fresh take on the “sniper thriller.” The main character, Brady, enlists in the army and goes to Vietnam, to investigate the death of his adopted brother, Duff. Duff had sent a final cryptic letter home hinting he was involved in some black ops and feared for his life. Brady quickly proves to be a lethal, decorated sniper, which givens him the means to slowly position himself and uncover this mystery. DeStefanis takes a unique angle and focuses more on the psychology of the sniper rather than an endless expose of techniques. What is the Gomorrah Principle? You’ll just have to read it yourself and figure out how to apply it to everyday life :)

As you know, I always try to pair a tasty beer with the books I review, but I’m going to send Rick a note asking him to post his recommendation below. The novel bounces between Vietnam and Tennessee, so this could be interesting… 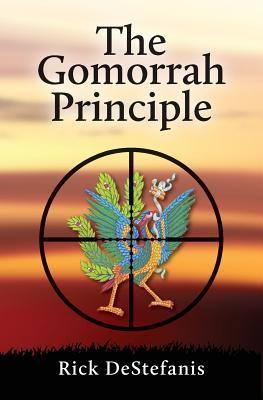