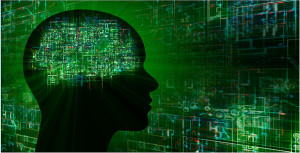 “In its announcement, DARPA acknowledged that an implant is still a long ways away, with breakthroughs in neuroscience, synthetic biology, low-power electronics, photonics and medical-device manufacturing needed before the device could be used.

DARPA plans to recruit a diverse set of experts in an attempt to accelerate the project’s development, according to its statement announcing the project.”

Sounds like a Measure of Danger / Marshall Owens prequel!