Beating the hate parasite – Star Trek: Day of the Dove 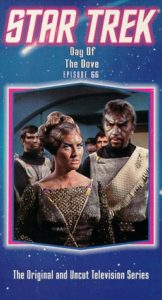 Captain James T. Kirk: “Captain’s Log, stardate… Armageddon. We must find a way to defeat the alien force of hate that has taken over the Enterprise, stop the war now – or spend eternity in futile, bloody violence.” 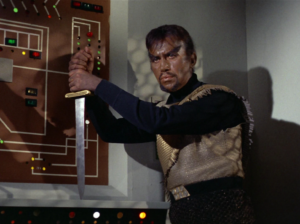 Mr. Spock: Recent events would seem to be directed toward a magnification of the basic hostilities between Humans and Klingons. Apparently, it is by design that we fight. We seem to be pawns.

Captain James T. Kirk: But what’s the game? And whose? And what are the rules?

Hmm. This sounds so familiar. What a great episode that one was. I saw it when I was 4 and understood the lesson then like an Aesop fable. I’m reminded of it often these days.

If we could only get rid of the hate parasite(s), get back to business, and boldly go.

[This is not intended as political statement, just an appeal for respectful discourse in whatever forum that might be] –JK