For nearly three years, I was lucky to live in Astoria, Oregon, and after a few weeks of exploring the area, I visited its beautiful maritime museum on the Columbia River. One of the exhibits caught my extra attention as I moved through the rooms: the bridge of a WW2 / Korean War vintage destroyer. 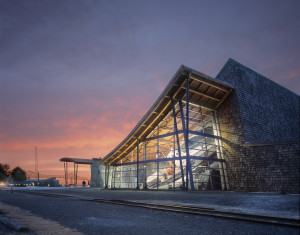 “Oh, cool,” I thought, remembering the hundreds of times my dad had shared stories (my patient friends can attest) about serving as a gunnery officer on a destroyer. Being in charge of five, 5″ guns with fire direction solutions served up by a state-of-the-art, gear-crunching mechanical computer, along with a slew of torpedoes and depth charges at the ready, all while cruising at 38 knots, sounded like great fun for any junior officer. Standing up there, I could imagine what it must have been like leading those guns, sailing on a churning sea. Before I exited, I read the name of the ship again, the USS Knapp, and said to myself, “Hmm, that sounds familiar.” On a whim, I wrote down DD-653 before returning home, and the next time I talked to my dad on the phone, I mentioned it.

That was his ship. I couldn’t believe it! 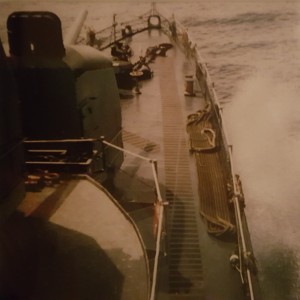 Somehow, this large, gray hunk of metal, so important in my dad’s life, ended up within a half-mile of my house. How that bridge ended up there after the ship was decommissioned and sold for scrap is a story in itself.

I’m thankful I could stand with my dad on the bridge of his destroyer. He would have been 85 today. The chance discovery was a blessing, part of the mystery of life we can’t understand or put into words.

So, if you ever see that exhibit, now you know a story behind it, and that’s the one destroyer story I have to share in this lifetime! 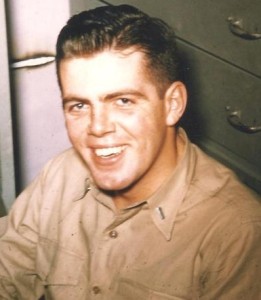 More about the USS Knapp